How Does a Dual Battery Isolator Work? – The Ultimate Guide

So, how does a dual battery isolator work? The workflow is pretty simple if you follow this ultimate guide till the end.

An isolator has a strong relationship with the battery. Large trucks, airplanes, boats, utility vehicles, and recreational vehicles frequently use battery isolators. However, the use of another battery would be a good idea to ensure backup. That is where a dual battery isolator will come in handy.

What is a Dual Battery Isolator?

An isolator is a mechanical switch that separates the input and output of a vehicle or device while it is connected to a battery. A dual battery isolator is pretty similar, except there are 2 batteries instead of one.

Being a two-port device, an isolator can only transmit frequencies (radio or microwave) in a single direction. Its internal characteristics function in a way that allows propagation from one direction while blocking the other.

The first one is the Starter battery, and the second one works like an Accessory battery.

How Does A Dual Battery Isolator Work: Explained In Detail

As we previously mentioned, multi or dual battery isolators are used in aircraft, large trucks, boats, and other utility vehicles that need to use multiple batteries as a source of backup power. Nowadays, isolators are also used in functioning electric vehicle systems. We believe its use will only increase in the future.

-So, it is important to know the functionality of a dual battery isolator.

A dual battery isolator works closely with an electrical battery, permitting electricity or frequencies in a single direction. At the same time, it prohibits electricity from flowing from the opposite direction.

What does a dual battery isolator do?

The primary purpose of a dual battery isolator is to keep the entire electrical system running even when the primary battery dies. This is the reason why this kind of isolator is frequently employed when you need multiple batteries.

Why Should You Use a Dual Battery Isolator?

But why not single battery isolators, right?

Well, these types of vehicles need dual battery isolators because one battery starts and runs the engine, whereas the other one loads accessories like radars, winches, and other instruments. The isolator powers the starting battery. At the same time, it prevents the secondary battery from failing or draining due to excessive load.

A dual battery isolator benefits you by connecting two batteries together. So, the relatively weak battery can get charged from the strong one. It is like a backup for the whole system and for the primary battery.

Well, there are a few disadvantages to using a dual battery isolator. We have listed down a few –

The Dual Battery Isolator Setup: Things to Take into Account

There are a few things to look at when you are going to set up a traditional dual battery isolator. This type of setup is relatively less expensive than other types of setups. On top of that, it is very flexible.

The size entirely depends on the type of vehicle. For instance, some pickup trucks come with a default location in the engine bay for installing the secondary battery. But that is not always the case.

It can be difficult to install a large 105 AMP lead acid battery when there is no dedicated space in the engine bay. As a result, check battery dimensions after determining the AMP.

Most of the time, it is better to keep the charge of a lead acid AGM battery below 50%. That is when it offers the best performance. Although it is not exactly recommended, it can enhance the lifespan of the battery and help it avoid damage.

Aside from that, not all vehicles contain the same battery. Then again, various batteries have various requirements in terms of amperage and voltage. Usually, the better isolators on the market drain 100 AMP to 150 AMP at regular wattage.

In addition to the AMP, voltage is another important factor to look at. Due to voltage inconstancy, some electronics can be damaged at the time when the engine starts cranking. Therefore, determine the right amount of voltage that matches the battery’s AMP.

An easy solution to this problem would be to use a kit such as the Blue Sea System. It can efficiently charge both batteries simultaneously. In addition to that, it is far superior to a single battery isolator.

The weight of the battery is another crucial consideration. Bulky batteries like AGM, Lead-acid, or gel batteries often weigh a lot. For example, the weight of a 105 AMP AGM battery is around 70 lbs. Additional weight can make your vehicle heavy and require more power to run.

You can go for the pricier options, like the new lithium battery. In comparison with typical batteries, it offers more power yet weighs less than half.

A dual battery isolator system is not easy to set up. It requires a significant amount of space in your car to organizing all the wires and other components. Considering the complexity of the installation process, some people think of integrating a solar generator instead of an isolator.

Last but not least, you need to think about the total cost of setting up a dual battery isolator. Buying all the components may require a substantial amount of money. But it is not that much.

Here is a summary of the total cost to set up a dual battery isolator in a Toyota Sunrader. Take a look to get an idea for your vehicle –

For extra power security, you can purchase a 100 watt panel and a solar charger for around $250. But that is up to you.

Often, you should look for components like studs in an isolator, which contact electricity. These studs should be made of copper and plated with tin. Also, this makes the components corrosion-resistant and optimizes their conductivities.

A weatherproof chassis with a renowned certification like IP67 can increase the rigidity of the components to the next level. Such isolators can withstand temporary submersion up to a few feet.

Basically, the above are the crucial things that you need to keep in mind when choosing a dual battery isolator. However, there are some other considerations that may help you a bit further in making the right decision.

Judging by the schematics, we can divide a dual battery isolator into three types. Without further ado, let’s take a look at the dual isolator battery types –

The semiconductor diodes in the Diode Battery Isolator divide the current coming from the generator or alternator so that two or more batteries can be charged simultaneously. It is the regular type of dual battery isolator where one battery charges the engine to start, and the other run other accessories.

Luckily, the secondary battery for running the accessories doesn’t drain the primary battery. As a result, it can run the engine for a long time.

Users can switch the solenoid at all times, when the engine is off, or at the time of ignition. It depends on the usage.

In a Battery Switch Isolator, semiconductor diodes divide the current coming from the generator or alternator. It is able to charge more than two batteries at the same time.

Just like a Diode Battery Isolator, one battery powers the engine, and the other one powers the components. Also, the auxiliary battery doesn’t drain the primary one. As a result, the main battery receives a sufficient charge to run the engine continuously.

A Battle Among Three Types of Dual Battery Isolators

Below, we have drawn a comparison chart to show the differences among the three types of dual battery isolators –

How Does a Dual Battery Isolator Work? — Final Words 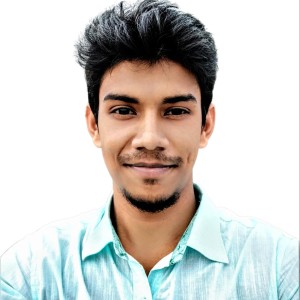 A versatile content writer - mainly an expert in the car & the camera niche. He has been writing since 2016 for many car and camera blogs. He loves to discover new things and write them to guide people.
All Articles

About Car With Camera

Carwithcamera is a participant in the Amazon Services LLC Associates Program, an affiliate advertising program designed to provide a means for sites to earn advertising fees by advertising and linking to Amazon.com. 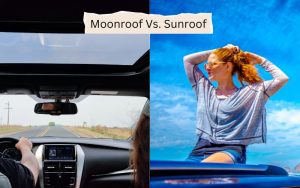 Moonroof vs. Sunroof: What’s the Difference? 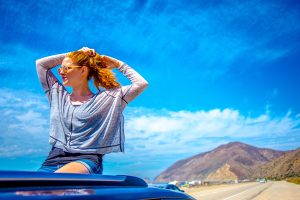 How to Dry Out Car After Leaving Sunroof Open: 4 Easy Steps to Follow in 2022 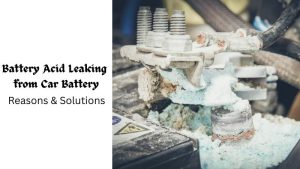